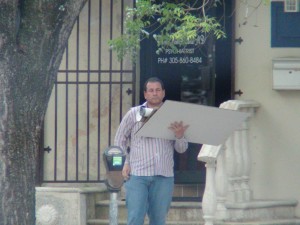 MIAMI (AP) – Medicare has stopped reimbursing a Miami doctor who prescribed about 96,685 mental health drugs to Medicaid patients in 18 months.

According to state records, Dr. Fernando Mendez Villamil wrote an average of 153 prescriptions to adults and children every day between 2007 and 2009. That figure is nearly twice the number of the second highest prescriber on the list, who wrote 53,018 prescriptions over the same time period.

U.S. Sen. Charles Grassley of Iowa said the figures are alarming and has asked the Department of Health and Human Services to investigate Villamil and other top prescribers.

HHS says they were already aware of the list and are working closely with state and federal officials.

A phone message to Villamil was not returned.