The Baltimore Sun
Psychiatrist among those charged in Towson drug raid
By Scott Dance and Nayana Davis
June 26, 2014 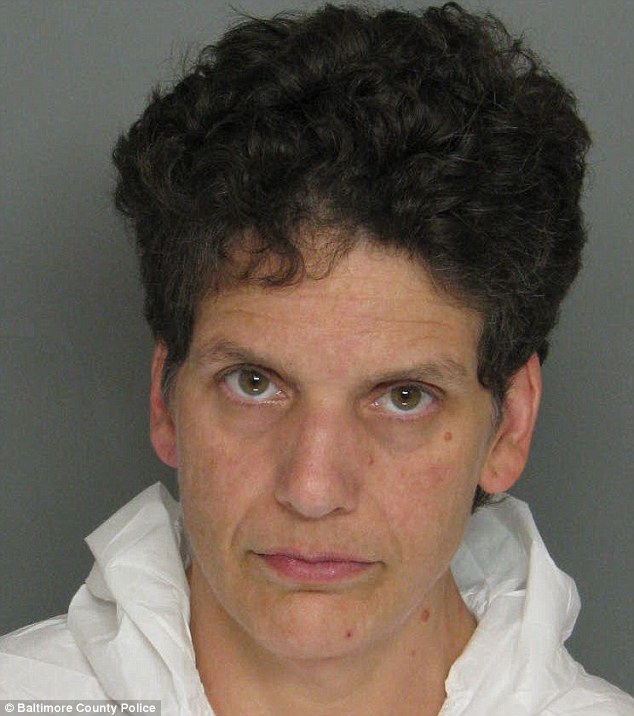 An addiction rehabilitation psychiatrist with a history of treatment for alcohol and drug abuse was among those charged Wednesday with manufacturing and distributing the drug Ecstasy at a Towson home.

Dr. Priscilla W. Sheldon-Cost, 51, and her boyfriend, Thomas Ronald Joyave, 52, of the 700 block of Walker Ave. are both charged with five counts of narcotics offenses, including manufacturing and possessing drugs with the intent to distribute them, Baltimore County police said. Vincent Mark Ricker, 24, of the 7700 block of Fairgreen Road faces the same charges.

Sheldon-Cost previously worked at Baltimore Behavioral Health, a rehabilitation center for addicts in West Baltimore, while undergoing addiction treatment herself, under the supervision of the state Board of Physicians, according to board documents.

The board suspended her license indefinitely in 2012 after she violated probation by submitting drug-testing samples and psychiatric evaluation reports late and failing to notify the board that her employer suspended her clinical privileges. The board had imposed addiction treatment and drug-testing requirements upon Sheldon-Cost since 2004.

Residents described the community as tightly-knit, and were surprised by the arrests. Neighbor Rachel Plank, 21-year-old Towson University student, said she’d seen the occupants of the Walker Ave. house on occasion. They seemed nice, she said.

Plank said she was surprised Wednesday at about 11 a.m. when she left for work and saw police cars at the end of the street and several officers standing in a circle.

Both Sheldon-Cost, a 1995 graduate of the Johns Hopkins School of Medicine, and Joyave were released from Baltimore County Detention Center on Thursday, — Sheldon-Cost on $30,000 bail and Joyave on $20,000 bail. Ricker was still being held there Thursday, according to online court records.

Sheldon-Cost did not respond to a request for comment. Joyave could not be reached for comment, and no lawyer was listed in court records for any of the three charged. No one answered the door at the Walker Ave. address Thursday evening.

Sheldon-Cost entered a physician rehabilitation program offered by MedChi, the state’s medical society, in May 2002. The month before, she had been suspended from a position at Levindale Hebrew Geriatric Center and resigned. The Mount Washington hospital for elderly psychiatric and rehabilitative patients had expressed concerns about her “physical and mental condition,” according to board documents.

In connection with her suspension and resignation from Levindale, she entered a nondisciplinary disposition agreement with the board in February 2004 that stipulated she abstain from the use of alcohol. Later that year, she entered a board-monitored physician rehabilitation program.
Officials with LifeBridge Health, which owns Levindale, could not be reached for comment.

Sheldon-Cost began volunteering, and later working part time, at Baltimore Behavioral Health in 2005 and continued until leaving in April 2007 to care for her ailing mother, according to board documents. Two months after she left, she tested positive for Tramadol, a painkiller similar to opiates, and told a board investigator the drugs were left over from a legitimate prescription she received after a skating injury.

She resumed working part time at BBH in September 2007 while under a rehabilitation agreement with the physicians board that required an individualized rehabilitation plan and undergoing regular random drug testing.

After she tested positive for alcohol in a December 2008 urine test, the board charged her with “unprofessional conduct in the practice of medicine” in 2009. Under a public consent order with the board settling those charges in March 2010, she was placed on probation for five years, according to board documents.

She was among multiple doctors at BBH who had faced board discipline at the time, a 2010 Baltimore Sun investigation found. Sheldon-Cost told The Sun in November 2010 that the facility often hired doctors with histories of drug and alcohol problems in an “effort to give people a chance.”

The Sun investigation found various problems in the clinic, including unusually high Medicaid billings, six-figure salaries paid to family members who controlled the nonprofit company, and drug use among patients staying in unregulated rental homes that the clinic operated.

BBH filed for bankruptcy in 2012 and is now owned by JR Health Care Associates. Officials with the company referred questions about Sheldon-Cost to DLA Piper attorney Mark Friedman, bankruptcy trustee for BBH’s previous owners. Friedman could not be reached for comment.

The physicians board suspended Sheldon-Cost’s medical license in September 2012 when officials found she violated terms of her probation, including failing to check in to learn when she was ordered to take random drug tests, submitting three drug samples late, submitting psychiatric reports late and failing to notify the board when her employer suspended her clinical privileges.

Board officials did not return calls for comment and did not respond to emailed questions Thursday.
Court records show Sheldon-Cost was arrested twice in 2002.

In May, she was charged with theft and malicious destruction of property. Both charges were not prosecuted. A statement of charges in that case provided by the Howard County state’s attorney’s office show Sheldon had been arrested for shoplifting at the Lord and Taylor store at The Mall in Columbia, after an employee said she had attempted to leave the store with three sterling silver necklaces and five sterling silver bracelets she hadn’t paid for.

In July 2002, she was charged with two counts of theft in another case. Court records show she was not prosecuted on the first count, and pleaded guilty on the second count, theft of items worth less than $500. She received one year of supervised probation before judgment, which in Maryland does not count as a conviction.

Details of that case were unavailable. Howard County District Court officials said the case file has been destroyed because it’s more than three years old.