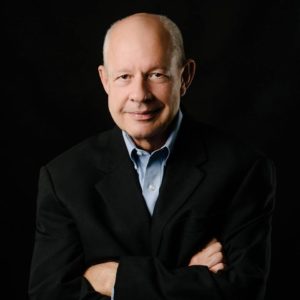 A Florida man on a personal mission to expose psychiatric fraud is urging the Oshkosh school board not to screen local teens for thoughts of suicide.

The school board will vote tonight to offer free mental health screenings to high school freshman in effort to identify and help those at risk of committing suicide.

Ken Kramer, of Clearwater, Fla., says the screenings being considered by the board use an abandoned and unproven questionnaire. He said he believes the tool is an attempt by social workers and psychiatrists to get more clients — and money — while risking introducing thoughts of suicide to otherwise healthy youths.

Kramer is a Scientologist who share’s the church’s opposition to psychiatry. He runs a public records research Web site called psychsearch.net…

“Curiously, the social workers from (Oshkosh) have chosen a failed Columbia University program to choose questions from. Any social worker can come up with their own list of questions to ask about suicide. One is as idiotic as the next,” Kramer said in an interview.

At least two other out-of state individuals have contacted the Oshkosh school district and Oshkosh Northwestern Media with concerns about the mental health screenings, which would be offered by TeenScreen, a program developed at Columbia University in 1991 and subsequently discontinued by the university in November 2012.

The university has continued granting waivers for individual communities to continue using the name and screening tool. Local TeenScreen Program Manager Sarah Bassing-Sutton said she has a waiver to use the program until next spring. An alternative screening tool will be offered to partnering school districts in future years of the university doesn’t extend the waiver, she said.

The program will cost the Oshkosh school district an estimated $35,000 this year to provide the screenings to all ninth graders. The actual cost could vary depending on how many students participate.

Oshkosh school district Superintendent Stan Mack said he was surprised by the opposition to the screenings because it’s not new to the area. Several other districts use it, including Fond du Lac, Kaukauna, Kimberly and Appleton.

Mack said he still recommends the school board fund the program.

“If we save one life it’s worth the investment because we would have prevented a terrible loss. Anything we can do to protect the lives of children is worth while,” Mack said.

Bassing-Sutton said she has faced opposition from Kramer in the past. She said she fundamentally disagrees with his positions on psychiatry and the value of mental health screenings for youths.

“By offering screening we are intervening and getting kids help before it gets to that critical breaking point. TeenScreen doesn’t diagnose. We don’t recommend any treatment. We just identify red flags to share with families who choose to participate,” she said.