Skip to content
Previous Next
Update on Army Psychiatrist 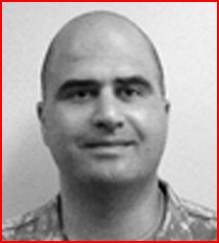 Military prosecutors sent a notice Wednesday indicating they plan to seek the death penalty against the Army psychiatrist charged in the deadly shooting rampage at Fort Hood, a defense attorney said.

Defense attorney John Galligan said the notice he received from prosecutors outlines as an aggravating factor that more than one person was killed in the same incident.