USAtoday.com
By Colin Taufer, Special for the Sun
September 8, 2017 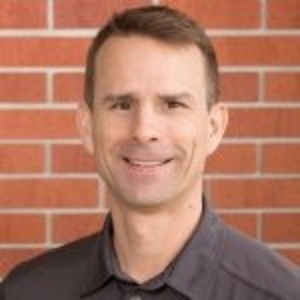 The three largest mental institutions in America are the Los Angeles County Jail, Rikers Island Correctional Institution in New York City and Cook County Jail in Chicago — the latter being the largest in the United States. This fact may come as a surprise to many.

But to the men and women who work on the front lines of law enforcement and mental health care, this is the stark reality of the world they live in. They see first-hand the cycle of human destruction psychiatrists have created: Psychiatrists cast the mentally ill out onto the streets uncured. These former patients return to society with their senses numbed, their moral compasses shattered, and each one hooked on addictive and powerful mind-altering drugs. In this brain-addled state they run afoul of the law and find themselves in jail where psych drugs flow in (paid for by tax dollars) and profits to Big Pharma flow out.

And all the while sheriffs, prison wardens and compassionate advocates are left trying to make the best out of the rotten hand they’ve been dealt by the psychiatrist.

Recently, I reached out to specialists in these fields and asked them for their opinions and experiences on the incarceration of the mentally ill and the troubling consequences this has for society. The feedback I received was voluminous and overwhelmingly dire.

All respondents, from sheriffs to corrections officers to mental health care defenders, painted the same picture of a flawed system destroying lives on a massive scale with a combination of dehumanizing confinement and debilitating psychiatric drugging.

Psychiatric drugs are the most common “treatment” for prisoners and jail inmates.

Facilities across the country spend millions every year on psychotropic drugs to medicate (and tranquilize and numb) inmates. Just one example is Bexar County (San Antonio) where the sheriff laments they spend $2.2 million annually on psychotropic drugs to treat people with mental illnesses in their jail — nearly 60 percent of whom have been arrested five times or more.

“Obviously, closing the mental institutions did not result in a miraculous cure of the mentally ill. The mentally ill are still mentally ill, and for the most part have been dumped out into a setting where they are unable to cope. That leads to trouble with the law, and what are the police to do with them? The mentally ill end up in our jails and prisons, which do not have the ability to serve their mental health needs.”

That’s proof that psychiatrists have no cure.

When confronted with their lousy handiwork psychiatrists always whine that making it all better requires “more funding.”

Colin Taufer is a career educator, writer and lifelong advocate for human rights. Reach him at: Colin@PsychSearch.net