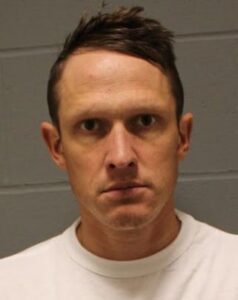 Star Tribune
Former Twin Cities psychiatrist who appealed term for raping patient gets more time at resentencing
He is expected to serve slightly more than 6 3⁄4 years in prison.
By Paul Walsh
November 25, 2022

A onetime Twin Cities psychiatrist who won an appeal of his initial sentence for repeatedly sexually assaulting a patient in trauma therapy was given an even longer term the second time around.

Gavin P. Meany, 41, was sentenced Wednesday by Dakota County District Judge Timothy McManus to a term of 12¾ years after pleading guilty to four counts of third-degree criminal sexual conduct. With credit for more than 20 months of incarceration, Meany is expected to serve slightly more than 6¾ years in prison and the balance on supervised release.

Meany initially was sentenced in September 2020 by Judge Jerome Abrams to a term of 7½ years, with five of those to be served in prison. The sentence also called for him to be on supervised release for life once his imprisonment ended.

However, Meany won an appeal of his initial sentence claiming he was misled to believe that his supervised release would be 10 years and not for life. As it turned out, Meany’s second sentence was lengthier than his first, and he’s still on supervised release for life.

The woman told Burnsville police in 2019 that she had been abused over a five-year period by Meany while receiving psychiatric treatment for an eating disorder and past sexual trauma. The sexual contact first occurred in Meany’s office in St. Louis Park and later in his Burnsville office and at his Apple Valley home.

On Wednesday in court, the woman again made a victim impact statement.

“People think I should be ‘over this’ or ‘move on and have closure,’ but those people don’t get what I went through,” she told the court, “to be a sex object for five years [and] not treated with dignity or respect. … Nobody owns the right to tell me to move on.”

Because of the assaults, “I am a shell of my old self,” she said. “I isolate myself from the world, rarely going out. I don’t have any friends except one I just text. I don’t want to meet people. I don’t want anyone to touch me or even think about dating.

“He made it so I don’t want to talk to therapists at all because I don’t trust mental health providers anymore. … I stay home alone with my thoughts, flashbacks, memories and anxiety.”

At the time of the charges in Dakota County, Meany had been working since January 2018 as an independent contractor with Counseling Care, with offices in Lake Elmo and Burnsville. He was later fired. Meany also was a medical officer in the Minnesota Army National Guard.

Meany’s license to practice medicine was suspended by the state soon after he was charged in Dakota County and was revoked upon his conviction.