TALLAHASSEE — Several misconduct cases involving psychiatrists are being belatedly sent to state attorneys across Florida, years after the doctors were disciplined by the state but never referred for possible criminal prosecution.

Under Florida law, the cases should have been forwarded to prosecutors by a division of the Department of Health.

State officials would not comment on particular cases. But Amy Jones, director of the Medical Quality Assurance Division of the state Health Department, said a consumer services unit within the department is exploring whether older cases were properly referred.

“The unit is currently conducting an audit to determine if there are other cases prior to 2002 which were not sent to the proper prosecuting authorities and to ensure all cases are forwarded in accordance with the law,” Jones said.

In the Fourth Circuit covering Duval, Clay and Nassau counties, two old cases were recently sent to State Attorney Harry Shorstein of Jacksonville involving accusations of improper sexual relations with patients. Shorstein, however, said he is unlikely to prosecute because the situations appear to be consensual. 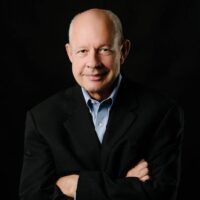 Clearwater resident Ken Kramer has been prodding state health officials into forwarding the cases and estimates through his research that there are about 75 statewide that have not been properly considered for prosecution.

Kramer, a member of the Church of Scientology, which opposes psychiatry, said he wants more scrutiny of the profession. He has also launched a Web site PsychSearch.net to document psychiatrists’ disciplinary records.

“I found a lot of the discipline cases were about sexual misconduct, but there were minimal arrests by law enforcement, so something didn’t add up,” Kramer said. “I started asking the Department of Health about specific cases they had forwarded, and they couldn’t find anything. . . . The whole point is to have this available for consumers so they can research their doctors.”

Kramer has successfully urged the state to belatedly forward about a half-dozen cases so far.

Devereux is a Jacksonville psychologist who was fined and restricted by the state after being accused of a sexual relationship with a patient.

Devereux signed a June 12, 2000, agreement in which he neither admitted nor denied the allegations but agreed to restrictions on treating female patients. For example, Devereux is allowed to see women patients only when a female staff member is present in an adjoining office and can watch through a window.

Devereux said the possibility of criminal prosecution was never mentioned during settlement negotiations with the state. He declined to comment in detail.

“I’ve gone through hell and back and I’ve met all requirements,” he said.

Miller, a Jacksonville psychiatrist often used by local prosecutors and defenders as an expert witness, was disciplined by the state in 2000 for misconduct.

Miller was accused of five counts of misconduct involving a female patient, including an improper sexual relationship. He signed an August 2000 agreement in which he neither admitted nor denied the charges but agreed to a fine, a reprimand and is restricted to forensic medicine with only necessary contact with patients.

Miller wouldn’t comment on his case but acknowledged state law requires such cases to be forwarded and considered for possible criminal charges.

“That is certainly well-known,” he said last month. “But there wasn’t any basis for prosecution in my case. . . . I have nothing further to discuss about it.”

Shorstein said he won’t pursue charges unless there is proof they intimidated or forced the women they were treating. So far, he said, the relationships appear consensual in both cases.

Florida Statute 491.0112 outlaws sexual contact between psychiatrists and their patients — and specifically bans the client’s consent as a valid defense. Statute 456.066 also requires state departments “or the appropriate board” to report criminal violations to “the proper prosecuting authority.”

Shorstein said he is aware that consent is not a defense, but he would still lean against prosecution and that his office has never pressed such a case.

“If you take advantage of a woman by using drugs or something that causes the sexual relationship to be against her will, it becomes battery or rape,” Shorstein said of both cases. “But this is a million miles from rape. Just doing something that’s prohibited by the profession is better dealt with by the profession. Administrative action is more appropriate, and it was taken in these cases.”

Stephen Siegel, division chief of the public interest section of Shorstein’s office, said a definitive decision about prosecution has not been made because both cases are still being reviewed.

Siegel said the women may or may not be interviewed and that much may hinge on whether they were still under the doctors’ care when the relationships began. Miller’s relationship appears to have been after he stopped treating the patient, and Devereux’s is still being determined, Siegel said.

“But there’s a fairly lengthy administrative report file to go through first,” Siegel said. “There are documents, interviews, notes, just an enormous amount of data that probably adds up to hundreds of pages.”

Shorstein said he does not sense there are a lot of missed cases.

“If there were potential criminal violations, we would be receiving more complaints from the victims or someone on the victim’s behalf,” he said. “It’s true that people don’t always come forward. But had I had other complaints, it would seem an example of a problem. But in 14 years, I’ve not had one. That doesn’t mean there have been no incidents of misconduct. But had I had some, it would indicate the state had not been vigilant. There’s no evidence they have not been vigilant.”

Kramer, however, said victims may be too embarrassed or uninformed to come forward….

“It’s possible these women don’t know it’s a crime,” Kramer said. “Plus, who wants it in the public record that they’re seeing a psychiatrist? . . . The fact is, when people find out it’s OK to come out of the woodwork, they do.”