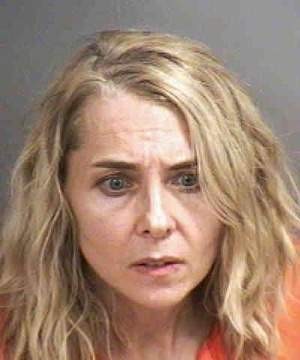 A Mequon psychiatrist has been arrested in Florida on charges of child abuse after sheriff’s officials there say she tried to abduct two children from a beach north of Naples.

Kimberly Hammes Frank, 47, was arrested Wednesday, according to Collier County Sheriff’s Office records. A sheriff’s spokeswoman said Frank was later released on $30,000 bond. She is scheduled for arraignment on the charge of child abuse without great harm, a felony, on May 2.

An arrest report indicates a woman was playing in the Gulf of Mexico with her three children when Frank entered the water and grabbed the 4-year-old boy and 9-year-old girl, screaming, “These are my kids.”

Their 8-year-old brother ran screaming to his father nearby who ran to the water and forced Frank to release her grip, which left scratches on the boy’s and girl’s neck and shoulder areas.

Sheriff’s deputies found Frank on the north side of the Clam Pass, where she was arrested.