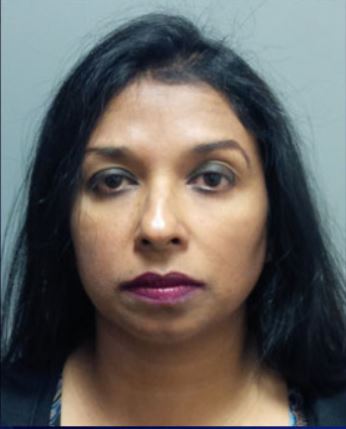 The investigation into Nasreen Kader, 48, started after two families complained that she was overprescribing the drugs to their relatives, her patients.

Kader is charged with 15 counts of criminal sale of a prescription for a controlled substance, a felony, and she faces up to 5-1/2 years in prison on each count, according to a news release from state Attorney General Eric T. Schneiderman’s office.

The release said Kader repeatedly offered prescriptions for Xanax and Klonopin, tranquilizers used for anxiety disorders, and Ritalin, a stimulant used for concentration disorders such as attention deficit hyperactivity disorder, to undercover investigators pretending to be patients.

“A drug dealer is a drug dealer, whether they work on the street or inside a doctor’s office,” Schneiderman said in the release.

Schneiderman’s office said between August 2012 and September 2013, Kader met with the state undercover agents pretending to be patients 12 times at her Ronkonkoma office. She issued prescriptions for one or more of the drugs each time, and offered the scripts after very brief visits with the “patients,” without learning their medical history or doing a physical or psychological evaluation, the release said. Kader also ignored comments the undercover agents made, including that the drugs would be shared with others, Schneiderman’s office said.

Kader, who had offices in Holbrook and Ronkonkoma, surrendered her license to the state in June after it was revealed that she had “inappropriately prescribed and overprescribed controlled substances to numerous patients,” the release said.

Kader was arraigned Tuesday at First District Court in Central Islip before Judge Paul Hensley. She was released without bail, and surrendered her two passports, according to a spokeswoman for Schneiderman’s office.

Kader could not immediately be reached for comment Tuesday night.