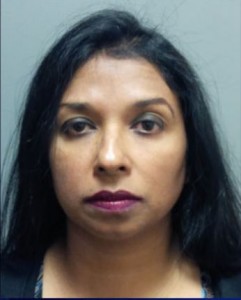 A psychiatrist from Central Islip pleaded guilty Thursday to three counts of criminal sale of a prescription for a controlled substance, the state attorney general said.

Nasreen Kader, 49, of Central Islip, a psychiatrist, agreed in Suffolk County Court to undergo mental health counseling for 18 months. If she completes that program successfully, she will have to serve six months under house arrest and 5 years on probation, the attorney general said.

Kader also agreed that she would not seek reinstatement of her medical license and would not work in the health care field during her probation, the office of state Attorney General Eric T. Schneiderman said in a statement.

Kader was arrested in September 2014 and charged with 15 counts of illegally prescribing medicines to undercover agents posing as patients. The investigation began after two families complained that she was overprescribing the drugs to their relatives, her patients.

She repeatedly offered to undercover investigators prescriptions for Xanax and Klonopin, tranquilizers used for anxiety disorders, and Ritalin, a stimulant used for disorders such as attention deficit hyperactivity disorder, the attorney general said.

“Doctors should be expected to combat prescription drug abuse — not feed a deadly epidemic that is devastating families across New York and across our country,” Schneiderman said a statement Thursday.