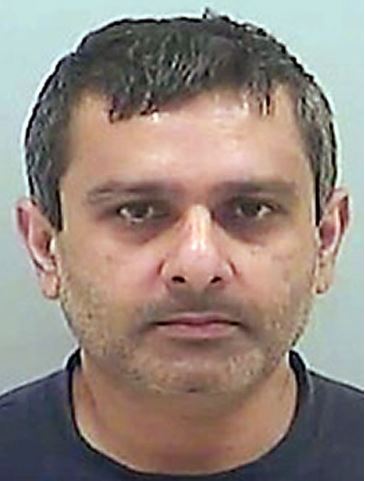 DELAWARE, Ohio — A doctor who admitted to killing a pregnant woman and her unborn daughter in the summer of 2012 was sentenced today to serve 36 years and 4 months in prison.

Ali Salim, 44, pleaded guilty in October to killing 23-year-old Deanna Ballman after she answered a Craigslist ad he’d placed for a prostitute. Ballman was nine months pregnant at the time of her death. Her unborn daughter, whom she’d planned to name Mabel, also was killed.

Salim had pleaded guilty to reduced charges of involuntary manslaughter in the deaths of Ballman and her daughter. He also pleaded guilty to tampering with evidence and abusing Ballman’s corpse. He had entered an Alford plea to the charges that he raped Ballman, which allowed him to maintain his innocence while acknowledging that he likely would be convicted if the case went to trial. It carries the same weight as a guilty plea.

Salim admitted in court filings to filming himself performing sexual acts on Ballman while she was intoxicated on his bed. Prosecutors say they believe Salim injected Ballman with heroin; he has said she injected herself.

Ballman’s body was found in her car along a rural road in the southeastern part of Delaware County on Aug. 1, 2012, a day after she told her mother she was answering a Craigslist ad to clean a house.

Until his arrest, Salim was an emergency-department psychiatrist at Knox Community Hospital in Mount Vernon. The State Medical Board suspended his medical license in April. Salim is not a U.S. citizen, and could be deported to his native Pakistan after he is released from prison.

Ballman’s family has sued Salim, the hospital and Craigslist, saying all were negligent in her death.