Recently, several Psychs publicly attempted to label President Trump with a “mental disorder” despite the fact they’ve never met him, which is against their own ethics rules. The American Psychiatric Association’s “Principles of Medical Ethics” says: “On occasion psychiatrists are asked for an opinion about an individual who is in the light of public attention or who has disclosed information about himself/herself through public media. …it is unethical for a psychiatrist to offer a professional opinion unless he or she has conducted an examination and has been granted proper authorization for such a statement.”

The APA created this rule in 1973, but apparently has a problem enforcing ethics rules. Perhaps these Psychs are suffering from obsessive diagnosis disorder and are merely clamoring for the unreachable limelight of powerful men.

Trump is not the first. Psychs have been labeling public figures for a long time.

And now he has a new one (at least in Verde’s new cartoon!): 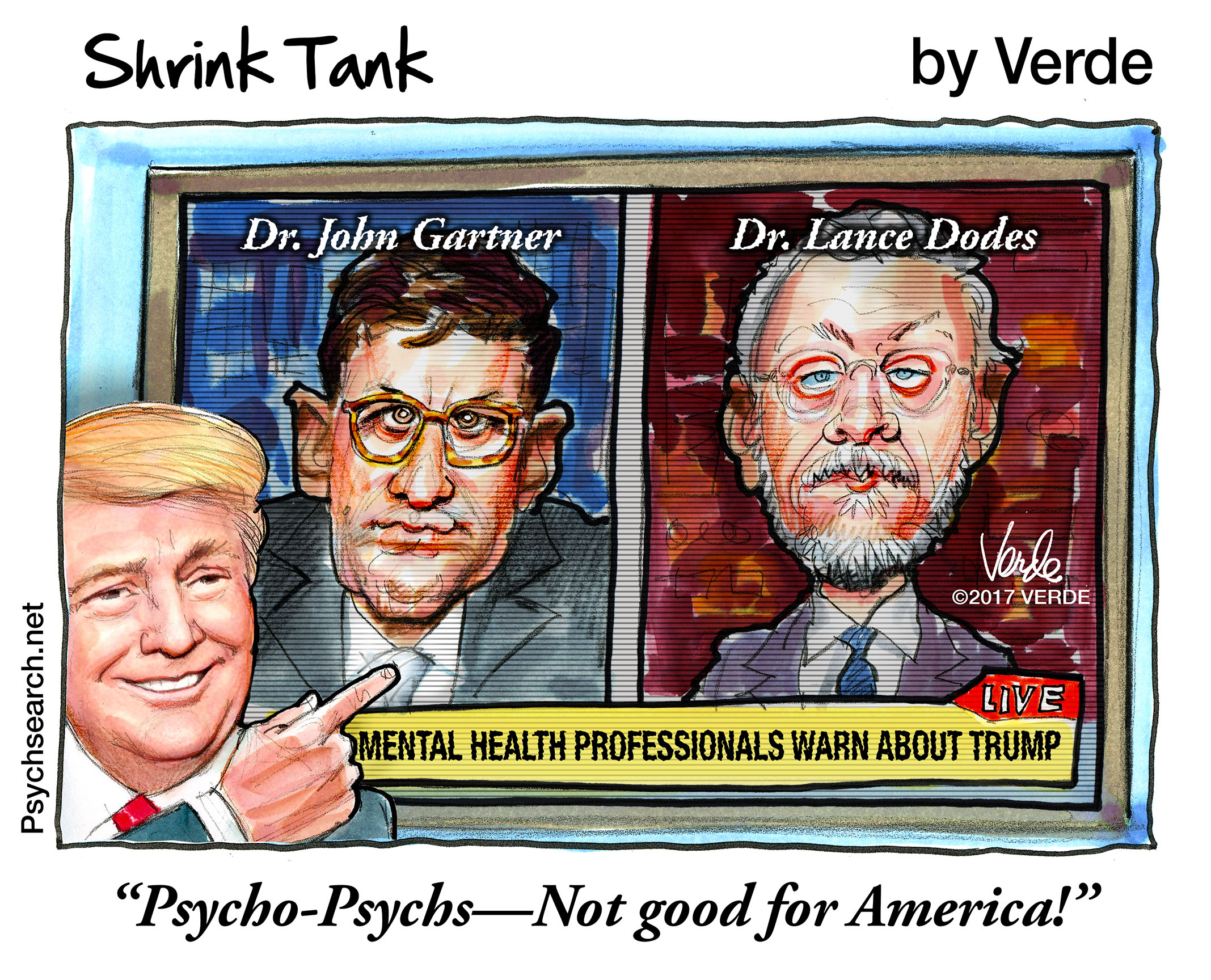