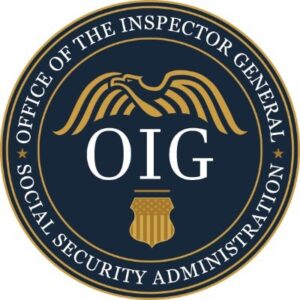 Dr. Pierre Paul cooperated with the investigation, and pleaded guilty to grand larceny in the third degree. He was sentenced today to 200 hours of community service, forfeiture of his medical license, and $15,000 restitution to SSA.

The investigation revealed more than 100 individuals had filed similar Social Security Disability Insurance applications, from having the same handwriting to nearly identical ailments, and all had the same attorney, Raymond Lavallee, as their representative. Many applicants were retired police officers and firefighters who had received a New York City service-connected disability pension for an orthopedic disability, which did not meet SSA’s disability definition. However, all of the claimants also had obtained documentation of psychiatric conditions provided by Pierre Paul and other medical providers that met SSA’s guidelines.

Knowing that many applicants were retired law enforcement officers, with permits to carry concealed weapons, investigators began looking to uncover if they were presenting conflicting facts by confirming mental capacity to NYPD, while alleging a mentally disabling condition to SSA. This approach led them to identify dozens of permit holders who were also disability beneficiaries and, more importantly, to the major facilitators of the scheme.

The investigation determined many applicants were recruits of Esposito, Minerva, and others who contacted them after they received a NYC disability pension. As part of the scheme, they would confer with Hale, who referred them to Pierre Paul or another psychiatrist. In furtherance of the scheme, the applicants would not file for SSA disability until Pierre Paul, or another psychiatrist, had treated them for at least a year.

To participate in the scheme, the applicants agreed to pay remuneration equaling their first 14 months of SSA disability benefits. These kickbacks ranged from $20,000 to $50,000, which far exceeded the maximum allowable attorney fee allowed under Federal law. They also agreed to continue regular monthly appointments, many of which were short phone calls.

This investigation led to 134 arrests and 116 criminal convictions, as well as more than 25 civil monetary penalty actions for false statements and material omissions to SSA. Lavallee, Hale, Esposito, and Minerva all previously pleaded guilty to conspiracy and agreed to make restitution of millions of dollars in exchange for reduced sentences.

Moreover, SSA terminated benefits of over 300 persons who were involved in the scheme but not indicted. In all, the scheme resulted in court-ordered restitution over $25 million and additional improper benefit payments of over $49 million. Savings to Social Security, to date, are estimated at $52 million to date as a result of the investigation and dismantling of the scheme.

“Today’s events are a closing chapter in a monumental investigation that had a profound effect on our work to identify and shut down third-party facilitator fraud schemes that undermine Social Security,” said Inspector General Ennis. “I want to thank the New York State disability examiners who referred these allegations to us; SSA for its cooperation over years of investigation and administrative determinations; and of course, the Manhattan District Attorney’s Office for its support and diligence in dismantling this scheme and recovering these funds for Social Security.”

“Social Security has a strong fraud detection and referral process. The process worked in this wide-ranging case–it was the diligent employees of the New York Disability Determination Service (DDS, funded and trained by Social Security to make medical determinations) who first identified the criminal actions in this case. The DDS employees suspected fraudulent medical evidence was being submitted and referred the fraud allegation to Social Security, who referred it to OIG for investigation,” said Andrew Saul, Commissioner of Social Security. “I thank the OIG for their determination and persistence over many years of investigating this fraud ring and the Manhattan District Attorney’s Office and New York State officials for their tenacity and support for Social Security’s programs and beneficiaries.”

Members of the public are encouraged to report suspected Social Security fraud to the OIG at https://oig.ssa.gov.