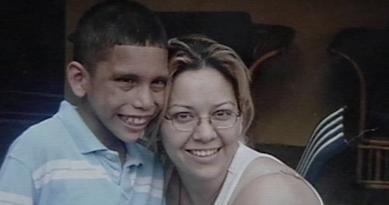 Dr. Steven L. Kaplan solved the 70-pound boy’s problems with a prescription pad, writing orders for two different anti-psychotic drugs along with a tranquilizer and a mood stabilizer — three of them in the highest doses recommended for adults, records show.

When state medical regulators sent Kaplan letters suggesting the dosages were worrisome, he ignored them.

Two weeks after Kaplan last saw the boy, on May 23, 2007, Denis simply stopped breathing. The Miami-Dade Medical Examiner’s Office attributed the death to a life-threatening side effect of over-medication, records show.

“I … never had any suspicion he was being overmedicated,” Kaplan testified in a November 2009 sworn statement.

A review of records from three state agencies, however, makes clear that plenty of other people did.

Though a number of Florida agency heads have wrung their hands about Kaplan’s methods for more than three years, he has never been disciplined. The state Medicaid program, which insures the needy, asked the state Board of Medicine to investigate Kaplan in 2008, but the complaint was dismissed, records show.

Disability administrators encouraged underlings to send him new patients just as the agency’s chief described his practices as “very disturbing.”

Florida’s regulatory history with Kaplan — which includes four state agencies and thousands of pages of records — raises important questions. Among them: Does the state have an adequate regulatory scheme for doctors who work with the most vulnerable? Can the state effectively oversee doctors who reject advice from their peers?

“Three agencies all raised concerns and red flags, and each agency was saying this is somebody else’s job to take it a step further,” said Department of Children & Families Secretary George Sheldon. “I’m not sure what the solution is.”

Sheldon blamed much of the problem on historically poor billing rates for doctors who are paid by Medicaid, the state and federal insurance program for the poor and disabled.

“I think it’s difficult to recruit in the Medicaid arena any child psychiatrist,” Sheldon said. “The rates really do have an impact on who is willing to do it.”

Kaplan, who mainly practices in Miami-Dade, declined to speak with a Miami Herald reporter.

With as many as 800 patients in South Florida — all but one percent of them disabled or impoverished children insured by either Medicaid or Medicare — Kaplan is listed by the Agency for Healthcare Administration as number five on their list of doctors whose mental health prescriptions were red-flagged by an oversight group.
Denis was 8 when his volatility and violent outbursts prompted his mother, Martha Quesada, to move him into a sparkling new Miami group home called Rainbow Ranch. Administrators for the Agency for Persons with Disabilities had recommended the home, run by a man who had once pleaded guilty to practicing medicine without a license.
In May 2006, the owner of Rainbow Ranch discontinued Denis’ treatment by a team at Jackson Memorial Hospital and instead hired Kaplan, who already was treating the group home’s other residents, Kaplan said in a deposition taken Nov. 2 by Quesada’s attorney, Howard Talenfeld.

In testimony that is part of an ongoing lawsuit by Denis’ mother, Kaplan acknowledged that he never once spoke to Quesada before prescribing powerful mind-altering drugs, and never sought nor obtained her consent for treatment.

“I was told that the boy’s mother had abandoned him,” Kaplan testified. In fact, Quesada had never been stripped of her parental rights by the state, and had remained actively involved in Denis’ care.
Denis was prescribed 20 milligrams of Zyprexa, 800 milligrams of Seroquel — the highest adult dose for both anti-psychotics, a reviewer said — one-half milligram of Klonopin, a tranquilizer and 2000 milligrams of Depakote, a mood stabilizer — also a high dose for Denis’ 70-pound frame. Neither of the anti-psychotic drugs has been approved for use with children.

In his deposition, Kaplan testified he was aware that the two anti-psychotic drugs both carried an “increased risk of sudden cardiac death.”

By early July, 2006, group home workers had told Kaplan the boy was “lethargic and unresponsive in the morning,” Kaplan said in his deposition. On July 17 that year, teachers at Denis’ school noted that he was sleeping through class, and he was taken to Miami Children’s Hospital for emergency medical treatment.

That same month, on July 24, Kaplan received a letter from the Medicaid Drug Therapy Management Program for Behavioral Health, a program of the Agency for Health Care Administration run by the University of South Florida, questioning his medication of Denis. On four “key” indicators, the letter said, Kaplan’s prescribing of drugs to Denis fell outside generally accepted practices.

And AHCA was not the only state agency with concerns.

DCF received its first report involving Denis on Oct. 26, 2006. The report made some findings of medical neglect based on a teacher’s complaints that Denis was “sleeping in class, shaking and trembling.”
And on Jan. 9, 2007, DCF received another report that, among other things, Denis had “a history of being overmedicated — based on an August 2006 visit to Baptist Hospital with symptoms of overmedication.

“Denis was sleepy because he was over-medicated,” a DCF investigator was told.

In all, DCF conducted six investigations of Denis’ wellbeing, some of them including allegations that Denis was being over-drugged, an APD report says. Sheldon said his agency had received a total of eight calls to the state hotline about Kaplan.

The disabilities agency also had been warned that Kaplan’s patients appeared to be drugged.

An April 2007 memo from an APD administrator said a number of caregivers in Miami had expressed concerns that Kaplan’s patients at Rainbow Ranch appeared to be overmedicated. A former group home manager said she found “clients always asleep and barely walking.” The mother of one boy said he went home for Thanksgiving all doped up.

Denis last saw his psychiatrist on May 10, 2007. In progress notes from the visit, Kaplan wrote the boy was sleepy during the day, and school officials felt he was drugged. He added: “Hyper, needy, pesty.”
Denis died two weeks later, on May 23, 2007. He was 12.

In his deposition, Kaplan said he is not responsible for Denis’ death. “I don’t believe he died of anything that I did,” he said.

After Denis’ death APD hired a psychiatrist, Jorge J. Villalba, to study the group home’s practices. He reported “overmedication with sedation of clients,” noting that 99 percent of the group home residents were on an anti-psychotic drug.

Villalba wrote that Denis had been on three different mental health drugs, two of them in the maximum dose, and that “in combination, all three of these agents have additive effects as a central nervous system depressant.” The drugs, he added,”`may have been contributing factors in the client’s death.”

The following December, the Miami-Dade Medical Examiner’s Office concluded Denis did die of overmedication, from a disorder called Serotonin Syndrome.

A week after the Medical Examiner’s report was released, on Dec. 28, 2007, the then-head of the disabilities agency, Jane E. Johnson, called the case “very disturbing — especially if that psychiatrist is still providing services through [the] Medicaid state plan.”

During the next two years, administrators at both the heathcare and disabilities agencies continued to monitor Kaplan’s activities, writing dozens of emails and reports:

* A nurse on staff at APD noted on Feb. 5, 2008 that one boy under Kaplan’s care “was taking 10 medications in total,” including two anti-psychotic drugs and two tranquilizers. “All of the medication listed cause somnolence,” the nurse wrote.

* Thirteen days later, on Feb. 28, 2008, Kaplan received an “academic detailing” visit by a pharmacy expert from the University of South Florida, as part of the university’s effort to oversee problematic prescribers for the state healthcare agency. Though Kaplan was reportedly “very courteous and professional,” the reviewer noted, “he didn’t appear familiar with the material or interested in the guidelines.”

The next day, Evelyn Alvarez, a top Miami administrator wrote: “Our medical case manager as well as I continue to have concerns regarding the abundance of meds that he is prescribing to some of our consumers.”

* Two months later, another USF monitor visited Kaplan in his office. Kaplan, he wrote, said that his patients are “schizophrenic and become violent, aggressive, dangerous” — making such medication necessary. “Provider states that he does not use antipsychotic medication for sedation,” a report says.

* In June, 2008, while both agencies were expressing concern about Kaplan’s use of mental health drugs, at least two APD administrators suggested he be considered for new patients when scores of disabled people were to be moved from a large institution in Fort Myers into group homes.

“He has lots of clients, so he may well qualify from the point of view of a large and varied practice,” wrote Alvarez, who only three months earlier had expressed concerns.

* A USF monitor once again visited Kaplan on May 15, 2009.
“He said he did not find the time to deal with non-important things such as paperwork,” a report says of the visit. “He said he had been practicing long enough to know how to treat his patients and was tired of being told what to do.”

In his deposition, Kaplan acknowledged he received “hundreds”‘ of letters from the state suggesting he revise his prescribing practices. “I didn’t think it required any kind of response,”‘ he said. He later added: “I never thought of myself as a red-flagged physician.”
Talenfeld, Quesada’s lawyer, urged healthcare and disability administrators in a letter to better protect disabled children, “who are powerless to protect themselves from being unnecessarily drugged for the convenience of staff…Without proper oversight and action by your respective state agencies, these individuals will continue to be in harm’s way.”

Administrators at AHCA declined to discuss the agency’s history with Kaplan at length. In an email to The Herald, the agency’s spokeswoman, Tiffany Vause, said it was”extremely difficult to measure the quality of prescribing practices” based upon Medicaid claims.

The USF program, she said, enables doctors to explain their practices — which may be entirely appropriate — or to change their habits once they are better informed.

“Dr. Kaplan is being monitored through this system and has received feedback from the USF clinical staff, Vause said. “The agency is closely monitoring this physician’s claims and the unique patient caseload he treats and will take appropriate action. This can include termination from the Medicaid program.”