After registering a complaint of rape against a well-known psychiatrist from the city, a woman has now claimed that the cops investigating this case have been constantly harassing her. In a letter escalating the complaint to the city’s top cop, the survivor has spelt out a veritable manual of how law enforcement authorities should not handle a case of crime against a woman.

The 28-year-old complainant had on November 24, 2019, registered a case against Dr Rohan Jahagirdar at , for allegedly raping her while she was taking treatment from him for depression circa 2017-18. Now, accusing Shivajinagar cops of harassing her, the woman has through her friend written a letter to the Pune commissioner of police (CP), claiming that police officials violated her fundamental rights and called her repeatedly to visit under the pretext of the inquiry, forcing her to travel a long distance from her place of residence on a regular basis.

The woman is a schoolteacher, and was being treated by Jahagirdar at on Ghole Road. 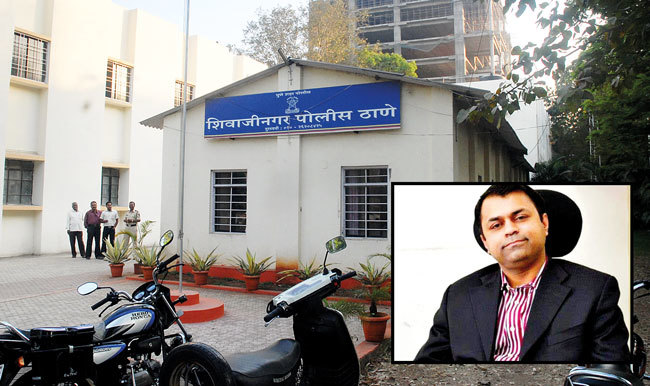 The schoolteacher was being treated for depression by Jahagirdar (inset) in 2017-18; in the course of the probe, she says sub-inspector Zadte of Shivajinagar PS constantly called her in for questioning

After she lodged the complaint against Jahagirdar two months ago, accusing the doctor of taking her to his friend’s flat and raping her, Shivajinagar police had booked him immediately under section 376 (rape) and 506 (criminal intimidation) of the Indian Penal Code (IPC).

Even as this case is under investigation even now, the woman’s friend wrote a letter to on January 1, 2020, demanding the transfer of the investigating officer (IO), sub-inspector Diksha Zadte. Speaking to Mirror, the friend of the complainant revealed, “It is the fundamental right of the rape survivor to receive compassionate treatment from the police. However, she has been facing non-cooperation from the cops ever since she has approached them.”

The friend further claimed that police have repeatedly been asking the survivor to visit the PS. “She is facing mental trauma after the incident, but instead of supporting her, police are questioning her constantly. She stays nearly 60 km away from the city’s centre, and it is not very easy for her to take leave from her job and come to the PS frequently. However, police keep calling and ask her to visit for the inquiry. Even at the station, she is asked questions about the crime in front of unknown persons, which is a breach of her privacy.”

In the missive, the woman’s friend also detailed that the complainant gave a statement before the magistrate on November 30, 2019, under section 164 of the Criminal Procedure Code (CrPC). Immediately thereafter, when she was feeling emotionally drained by the experience, sub-inspector Zadte allegedly kept calling and asked her to visit the PS. “My friend had a doctor’s appointment, but the cop insisted that she come over. My friend clarified that she was in no mental state to do so, but Zadte did not listen, made her go there anyway, and kept questioning her for a few hours,” the friend said.

The letter has now demanded action against the sub-inspector. “There is gross negligence on part of the IO while investigating such a sensitive case of rape. Therefore, we have demanded strict action against her and the transfer of the case to the crime branch,” the complainant’s friend told Mirror.

The complainant in her statement to police had informed that she came in touch with Jahagirdar when her parents were being treated by him in 2011-12. She said that in 2017, when she was going through some psychological issues, she contacted Jahagirdar in order to get in touch with a female psychiatrist. He told her he could also help, after which she started getting treated by him at MJM Hospital.

In her statement, the survivor further said that while undergoing this treatment, Jahagirdar touched her inappropriately, to which she took objection — but, he continued with his acts. “Later, on October 15, 2018, the doctor took me to the flat of his friend and raped me. He also threatened me and asked me not to tell anyone about it,” the survivor wrote in her complaint.

When Mirror contacted deputy commissioner of police (DCP-zone I) Swapna Gore, under whose jurisdiction Shivajinagar PS comes, she said, “Such a letter has not yet reached me, but I will personally get the details of her complaint and address the matter.”

After the case was registered, Jahagirdar had received anticipatory bail from the Pune sessions court at the end of November 2019. Mirror also reached out to advocate Prakash Suryavanshi, who is representing Jahagirdar, but he refused to comment citing that the case is sub judice.