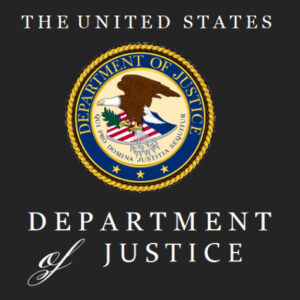 SACRAMENTO – Sharmistha Barai, the former Stockton psychiatrist who was found guilty by a federal jury last year of using intimidation and abuse to force her foreign-born housekeepers to work 18-hour days on minimal food and without compensation, has been sentenced to 15 years and eight months in prison for forced labor violations.

In pronouncing the sentence Friday in Sacramento, U.S. District Judge Morrison England Jr. also ordered more than $15,000 in restitution be paid to the victims, according to the U.S. Attorney’s Office for the Eastern District of California.

Barai and her husband, Satish Kartan, were convicted March 14, 2019, following an 11-day trial on charges of conspiracy to obtain forced labor and two counts of obtaining forced labor. Kartan is scheduled to be sentenced Oct. 22.

The crimes took place from 2014 through 2016 at the couple’s home in the Brook Hollow development within north Stockton’s Brookside neighborhood. A grand jury indicted the defendants in late 2016.

During the 2019 trial, prosecutors stated that Barai and Kartan advertised $2,000-a-month jobs in India-based media to attract people from overseas who were looking for work performing domestic labor in Stockton; Albuquerque, New Mexico; and elsewhere in the United States.

Multiple victims responded, working 18 hours a day as child-care providers and performing household duties. Some victims stayed for weeks. Others escaped within days of their arrival. At one point, according to prosecutors, Barai threatened to kill one of the workers “and put her in the garbage.”

Another time one of Barai’s female victims spoke up to her. Barai hit the woman in the mouth and told her, “You are my servant. Don’t talk back.”

The prosecution also cited an instance when a victim’s hand was pushed against an open flame on a stove, burning it. The prosecution said Kartan and Barai did this because they wanted their infant’s caretaker to have warm hands when handling the baby.

“They got workers who didn’t speak English, kept them working 18 hours a day, kept them from getting help and used verbal abuse,” prosecutor Katherine Lydon said at the time.

“The United States abolished slavery and involuntary servitude more than 150 years ago. Yet, inhuman forced labor and deprivations of liberty and dignity persist because human traffickers are modern-day slave masters who endeavor to exploit their fellow human beings for profit and other gruesome purposes.

“The sentence imposed today sends a strong message that human trafficking and forced labor will not be tolerated in the United States. The defendant’s role in this scheme to compel the victims into servitude for up to 18 hours a day, with minimal pay, through intimidation, threats and violence, is an unconscionable violation of the victims’ individual rights, freedom and dignity.

“The Civil Rights Division remains committed to relentlessly pursuing justice on behalf of victims of human trafficking and holding perpetrators accountable to the fullest extent of the law,” Dreiband said.

“The defendants’ horrendous conduct, done in the privacy of their home, was publically exposed during the trial. One by one the victims told their stories of the brutality they experienced: long hours of labor, inadequate food and physical assault. Today’s sentence sends a clear message to others that systematic brutality against vulnerable victims will not be tolerated.”