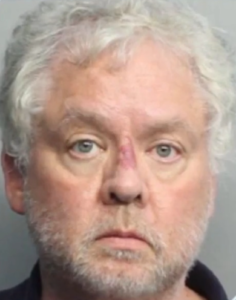 Dr. Thomas Wyatt is set to receive 17 years of probation for two counts of sexual battery on a minor.

Police arrested the 66-year-old in Southwest Miami-Dade in 2021.

Gentry Fry was one of three victims who came forward to accuse Wyatt of molestation when he was just 8 years old.

Speaking with 7News last year, Fry feared Wyatt might still pose a threat to other children.

Now 49, Fry said that while he considers the plea deal a win, he doesn’t think the punishment fits the crime.

“The more time goes by, I think maybe justice wasn’t achieved to the extent that I wanted it to be, but we can’t have what we want in life,” he said. “You know, it’s one of those bittersweet victories.”

But Fry said he hopes this story inspires others who may have similar experiences to speak up.

“I know there’s a lot of people out there that feel invisible and feel unheard, so I just feel grateful that I have an opportunity to share my story publicly, yes, to inspire others and to give victims hope,” he said, “and just to let the predators know that you can run, but you can’t hide.”

Wyatt lives in Chatsworth, Georgia. Fry said he might travel there and go door-to-door handing out flyers to make sure Wyatt’s neighbors are aware of his story.