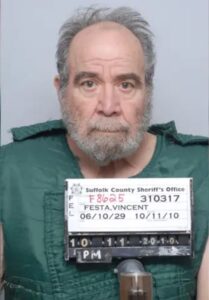 A Ronkonkoma man who is a school psychiatrist at Herricks High School in New Hyde Park has been arrested and charged with sodomizing and sexually abusing teenage boys at his home, Suffolk police reported.

Vincent Festa, 64, of 170 Foster Ave., was charged with two counts of third-degree sodomy and one count of third-degree sexual abuse in connection with complaints involving three Ronkonkoma-area boys. Festa was arrested Sunday by Fourth Squad detectives and was arraigned yesterday in First District Court, Central Islip, according to police. He was freed on $ 7,500 bail.