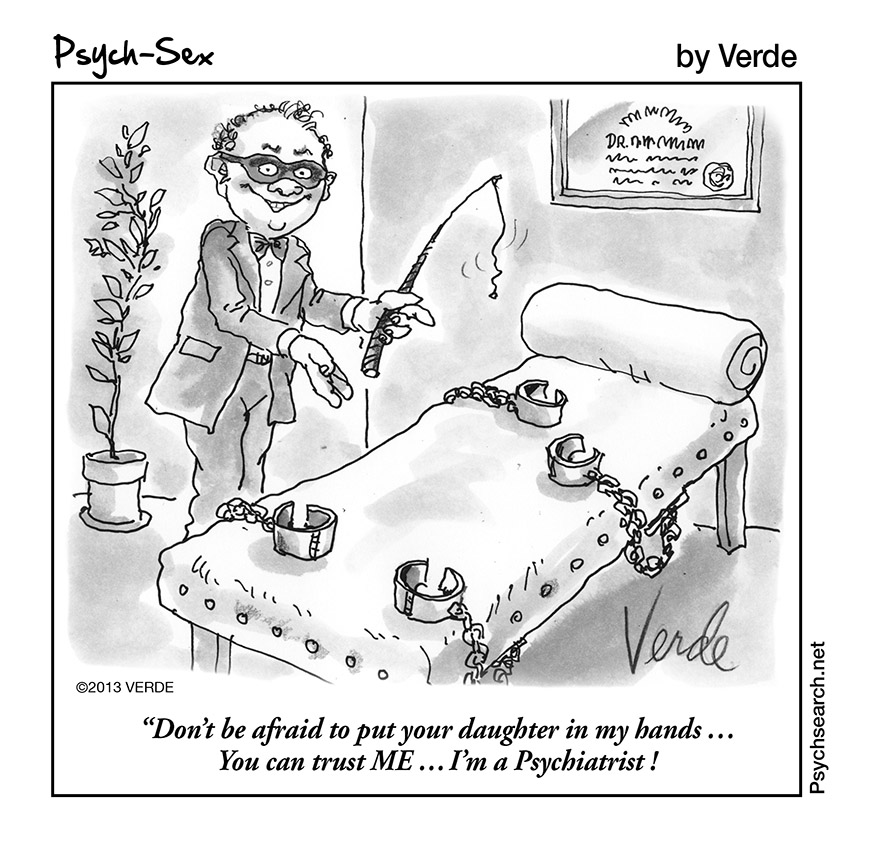 A New Jersey psychiatrist lost his license after having sex with a patient in his office and elsewhere, according to a state Attorney General’s Office release.

The complaint alleges that Theodore F. Jasper and a patient – referred to as “L.S.” – began to engage in a sexual relationship in late 2013. L.S. had been a patient of Jasper for over 10 years and had been treated largely for bipolar disorder, through the use of a variety of different medications and talk therapy, according to the release.

As alleged in the complaint, the sexual relationship between Jasper and L.S. began in late 2013 and involved sexual intercourse at the residence of L.S. and Jasper’s medical office in Clifton, according to the release.

The relationship also included L.S. sending multiple photographs to Jasper featuring her semi-nude and in provocative poses, which Jasper retained in his private files, according to the release.

The two also exchanged many gifts, including a pin to Jasper identifying him as the “World’s Sexiest Psychiatrist,” roses, chocolates, wine, candles, cards, and a “Victoria’s Secret” gift card, according to the release.

The State Board of Medical Examiners has entered into a consent order with Jasper, who agreed to a temporary license suspension following the allegations, according to the release.

On July 2, a complaint and order to show cause was filed before the BME seeking the temporary suspension of Jasper’s license, alleging, among other things: engaging in the use or employment of dishonesty; gross or repeated malpractice; professional misconduct; and engaging in sexual conduct with a patient, according to the release.

“There is no place in the medical profession for doctors who do harm to their patients,” said Acting Attorney General John J. Hoffman, in the release. “And there is no doubt that a doctor engaging in sexual misconduct with a patient, particularly one who is bipolar and being prescribed medication by that doctor, is harmful to the patient and to the public.”

At the time of this relationship, Jasper was still prescribing medication to L.S. for continued treatment of her bi-polar disorder and ADHD, and was still seeing her for office visits.

“The sexual misconduct allegations against Theodore Jasper, if proven, represent violations of basic and fundamental boundaries that should exist between and doctor and a patient,” said Steve Lee, Acting Director of the State Division of Consumer Affairs. “Our Complaint against Jasper and the order temporarily suspending his license is a vital step toward addressing such disturbing allegations and protecting the public from such conduct.”