Skip to content
Previous Next
Charles Noplis, Louisville Psychiatrist, Punched a woman at a bar 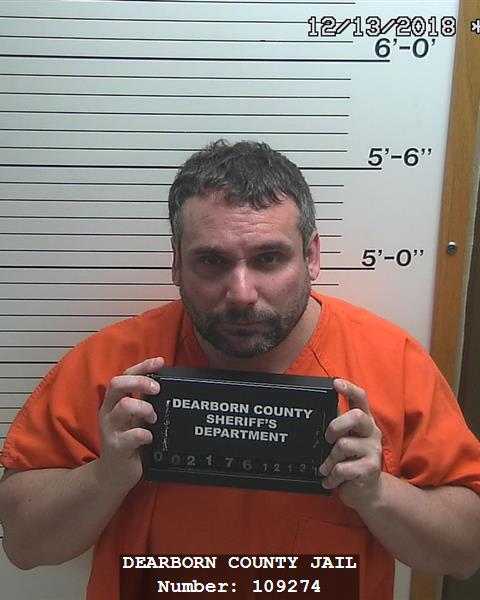 Editor’s note: This story has been updated to reflect that Dr. Charles Noplis II is a contract physician at Renew Recovery. Its website identified him as the medical director.

A Louisville psychiatrist whose medical license was already on probation for punching a woman at a bar and punching a patient in his office has now pleaded guilty to battery of his wife.

Dr. Charles Noplis II, who was featured in a Courier Journal story last year about addiction medicine, pleaded guilty Tuesday to battery in Dearborn County, Indiana. He had been accused of pulling his wife by the arm and hair from an SUV in a casino garage and causing her to suffer a concussion.

The Kentucky Board of Medical Licensure on March 21 placed Noplis’ license on probation for five years for two prior assaults in Louisville, saying he had issues with “anger management and control.”

It found he had brought the medical profession into disrepute by “engaging in criminal acts while in a state of intoxication that can be grounds for other individuals to seek … treatment from professionals like himself.”

The board, which was unaware of the Indiana case, has now opened a second investigation of Noplis, said Leanne Diakov, its general counsel.

Noplis, a contract physician at Renew Recovery, 9702 Stonestreet Road, did not respond to a request for comment. Fox DeMoisey, one of his lawyers, said that he intends to appeal the medical board order and that the Indiana charge arose from a contentious divorce.

“The guy is really a very talented and effective psychiatrist,” DeMoisey said.

In the first incident, according to the board, Noplis entered the women’s restroom at Gerstle’s Place on Aug. 2, 2015, looking for his date, and punched a woman in the head when she emerged from a stall and asked, “What in the hell are you doing here?”

After a doorman forcibly removed him from the bar, Noplis ran up to the woman from behind and without saying anything, hit her in the head, causing her to suffer “concussive syndrome,” the board said.

Although Noplis denied both allegations, a hearing officer found that his “assertions simply aren’t believable.”

Noplis entered an Alford plea in Jefferson District Court to misdemeanor assault of Marsha Johnson, meaning he disputed his guilt but acknowledged there was enough evidence for a conviction.

He was required to pay $821 in restitution to cover the woman’s hospital expenses and to receive an assessment for substance abuse. The conviction was expunged but his plea is attached as an exhibit to the board’s order.

The board also found that when he applied to renew his medical license in February 2016, while the criminal charge was still pending, he falsely answered “no” when asked if he was the subject of any criminal investigation or charges. DeMoisey said it was an oversight.

According to the board, nine months after assaulting Johnson, on March 16, 2016, when Noplis and a patient got in an argument over his medication — and the patient pushed Noplis in the chest with a forearm — the doctor punched him in the head.

Noplis denied striking the patient, saying he would never do that because of his “extensive training in the marshal art of Jujitsu.” But a hearing officer noted that “Patient A,” as he is identified, got a black eye and was a credible witness who apologized for his role in provoking Noplis.

The officer also noted that the patient was elderly, while Noplis was 37 years old at the time and weighed about 240 pounds.

On Dec. 1, Noplis was charged with domestic battery causing moderate bodily injury, a felony, for assaulting his then-wife, Jennifer, in a garage at Hollywood Casino in Lawrenceburg, and with battery by bodily waste, for allegedly spitting in her face.

A police officer said in a probable cause affidavit that she was sitting in his Lincoln Navigator pumping breast milk for their baby when he pulled her out to the pavement and slammed the door, striking her in the forehead.

Noplis pleaded guilty Tuesday to an amended charge of misdemeanor battery and was sentenced to 365 days in jail, with all but two suspended, according to court records. He was placed on probation for a year but will not have to report.

Noplis’ Indiana charge was reported to the medical licensure board by a Clearwater, Florida, private investigator, Ken Kramer, who with his wife operates PsychSearch, which they bill as “the world’s largest collection of records on psychiatrists.”

He said in an interview that they are are both members of the Church of Scientology, which has long opposed psychiatry.