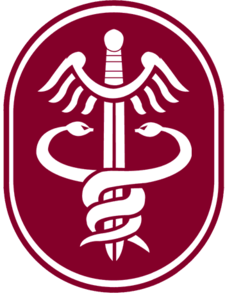 Nearly 10 months after an Army officer faced an administrative hearing for allegations that he raped his children’s live-in nanny more than a decade ago, he remains in the service working at the Army Surgeon General’s Office, according to service officials.

Col. Chris Warner, 48, is a psychiatrist who is no longer seeing patients and has no leadership role as he awaits a final approval to remove him from the Army — a decision made during an administrative hearing in late September by a three-member panel of general officers, known as a board of inquiry, according to the service and documents from the victim in the case.

The findings of that panel are still being evaluated by the Army Review Boards Agency, according to the Surgeon General’s Office, which issued a statement that it would “not speculate on the outcome of that review.”…

Warner was removed from his job as commander of Madigan Army Medical Center at Joint Base Lewis-McChord, Wash., on Oct. 2, 2020, shortly after Amber contacted the Army Criminal Investigation Division and said Warner raped or sexually assaulted her three times at his Georgia home in 2007.

At the time, Warner was assigned to Winn Army Community Hospital at Fort Stewart, Ga., where he was chief of behavioral health medicine and the 3rd Infantry Division psychiatrist from 2005 to 2010, according to the Coastal Courier newspaper. Amber lived with Warner and his family in their off-base home to care for the family’s four children, she said…