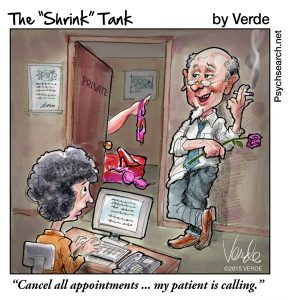 A 52-year-old former psychiatrist was charged for using from 2004 to 2016 a woman’s mental illness to get married with her. This would have been done in a psychiatric home in Taastrup, on which the woman lived. The 52-year-old first met the woman when she was admitted to the department where he worked as a psychiatrist. The woman had already contacted the police for help in 2008, but the police had not found that there was then a basis for bringing a case.

The 52-year-old was charged with violation of, among other things, the Criminal Code’s Section 218, which is a rule which is rarely used. Following that provision, it is punishable to get intercourse by exploiting a person’s mental illness or mental retardation.

The 52-year-old refused guilty. He acknowledged that he had had a larger number of times together with the woman, but he thought that it was happening at the request of both of them. At the same time, he claimed that the woman was not insane and that, if she was insane, he did not know or exploited this.

Judgment of the Judgment

The court found that relations that had taken place before 2011 were obsolete, but found the 52-year-old guilty of the indictment and laid the sentence for jail for 1 year and 3 months.

The case has already been submitted to the Rector’s Council, which has commented on the woman’s mental condition.

Following the woman’s explanation, the court found that the 52-year-old had visited her at the residence where he had taken the initiative for intercourse. In the years afterwards he had visited her several times where they had also had intercourse.

The woman described herself as highly psychotic with, among other things, hearing hallucinations. Against this background and following the opinion of the Rector’s Council, the court found that the woman was insane during the period of misconduct.

The court also found that the 52-year-old knew and took advantage of this. The court thus emphasized his insight as a psychiatrist, and that he was aware that in 2008 the woman had contacted the police to report the circumstances.

The man has previously been convicted of similar crimes in Denmark and Norway, and in 2017 he was denied the right to practice medical treatment.

The 52-year-old appealed against the judgment.

The verdict was delivered by the Court of Glostrup on 21 September 2018.