Conrad Swartz is one of two psychiatrists who are corporate officers of Somatics, LLC – “the leading manufacturer” of electroconvulsive machines worldwide.

His company recently moved to Venice, Florida, one hour south of Clearwater. But he resides in Vancouver, Washington and also works at the Lutheran Community Services, 3600 Main Street, Suite 200, Vancouver, WA 98663.

He doesn’t particularly mention his shock treatment role too much and seems to stay in the background.

But a quote from USA Today article in 1995 (yeah, he’s been getting away with this for too long) gives us a little info:

“I’m now able to improve machines. Who else can best advance ECT? Someone like me, who knows what they’re doing,” says Swartz, who also has a Ph.D. in engineering.”

In his spare time Swartz is the manager and guitarist in a “surf guitar” band.

It is called the “insanitizers”. Dissect that.

PsychSearch caught up with him on Friday in Vancouver, Washington, while he was playing in public and was able to get him to pose for us. 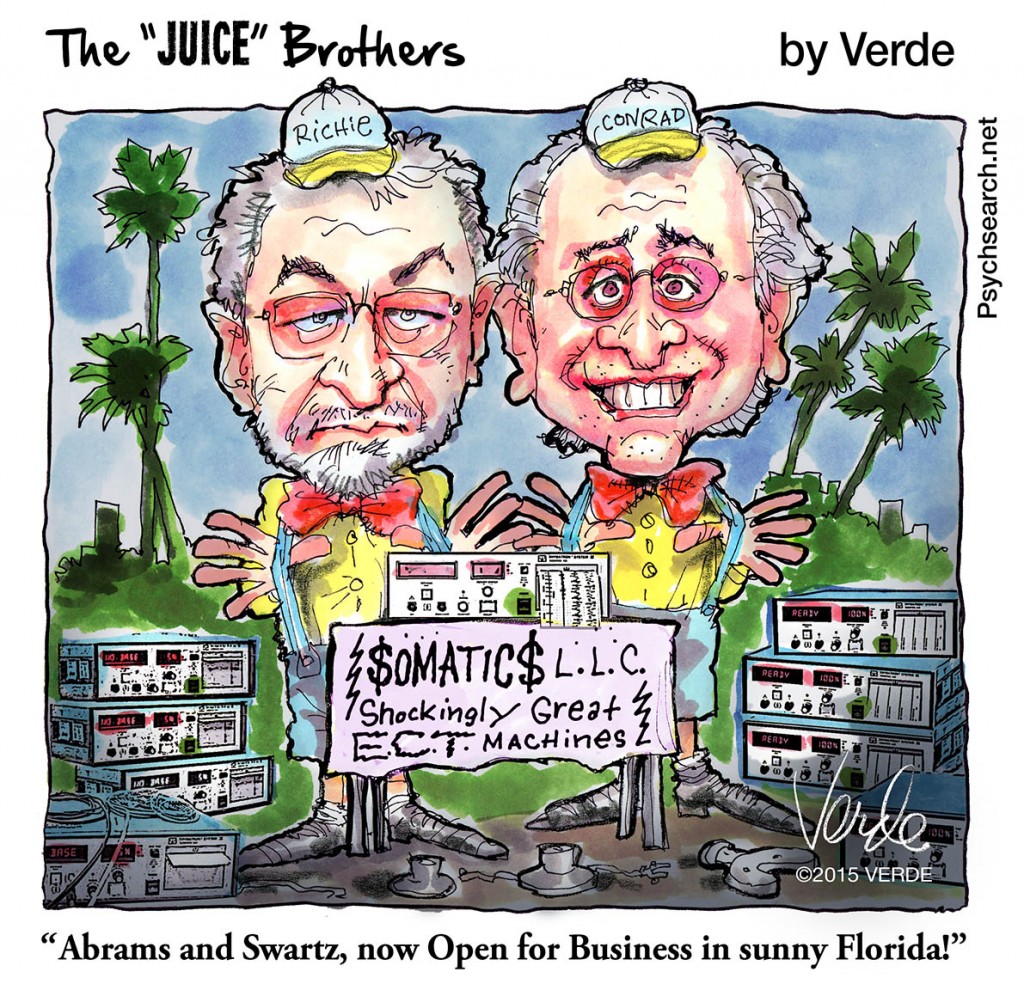