The Times of Israel
Psychiatrist indicted for sexual abuse of patient in Beersheba
Alleged victim of Hasan Abu Ghariba calls on other women to come forward if they’ve experienced abuse at his hands
By TOI STAFF
October 28, 2021 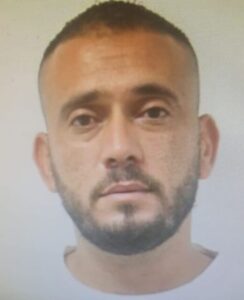 A psychiatrist from the Bedouin town of Laqiya in southern Israel was indicted on Thursday on charges of rape, sodomy and indecent acts against a patient who sought his assistance.

The man, Hasan Abu Ghariba, 33, was arrested earlier this month after the young woman in question filed a police complaint about the incident, which allegedly occurred about a year ago. Abu Ghariba had been working at a Beersheba mental health facility until two months ago.

On Sunday, the court agreed to a police request to reveal Abu Ghariba’s name and photo in order to encourage other potential victims to come forward.

“We are appealing to the public, anyone with information or anyone who was a victim of this suspect, to approach the Beersheba police,” police said in a statement this week.

The victim told Channel 13 news earlier this week that she was sure Abu Ghariba must have attacked other women.

“This ruined my life, it was a severe injury,” she said in a statement. “I am fighting for other girls — I am sure that this was not the first time and that he has done this in the past to other women. It’s hard, but I am asking all women who experienced something: Don’t be afraid, lodge a complaint, so that he doesn’t harm other women.” …