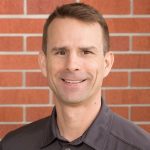 Welcome to my monthly PsychSearch column, Colin’s Column. I am a career educator, writer and lifelong advocate for human rights. With each article, I hope to shine a light into the dark world of psychiatry to make stronger champions of human rights,, to stir into action, to enlighten. As always, I appreciate feedback from readers. I can be reached at Colin@PsychSearch.net

January, 2019 You Don’t Have to Pick Your Poison

December, 2018 A Pitchfork to the Temple

November, 2018 The Most Successful Drug Dealers in History

October, 2018 The Facts and Lies of Electric Shock “Therapy”

May 2018 Psychiatry: Poisoning the American Mind

April 2018 The Lie That Kills and Makes Psychiatry Billions: Chemical Imbalance in the Brain

December 2017 Shock Treatment in your Neighborhood

August 2017 The Shrinks are Shrinking

February 2017 Coercion and Profits by Confusion

July 2016 In Her Own Words – A Shock Therapy Survivor